to view the commercial 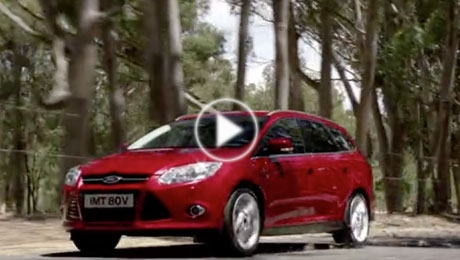 Director Raf Wathion directed 12 different commercials for Ford Focus to be shown worldwide. Producer Fred Vrancken invited us to work on the special effects. Because of the huge work-load we would share the special effects 50/50 with Jean-Pierre Grandet from Paris. We were very excited to participate with the French team of Jean-Pierre, Benoit Talenton and Arthur Grandet.

We worked on two stages, next to each other – moving from stage to stage. Jean-Pierre would run one stage VIZ would work the other stage. We had two D.O.P.’s Stephen Blackman and Patrick Otten, one for each sound stage. At the end of the shoot extra material would be shot by Jean Poisson and Benoit Talenton.

FROM THE SET MONITORS

A week before the definitive shoot we were able to test the effects at Monev studios in Brussels. This “hands-on” test was very important enabling us to communicate directly with director Raf Wathion about the results. Up until then we had been sending test movies over the internet.