At DREAMBOX film in BEIRUT, with directors Emile Slailaty and Bruce Parramore and producer Marwan Nicolas …

Director and d.o.p. Sylvain Freyens asked us to physically explode a perfume bottle, for his “Mensonge” commercial. The parameters for this shot were very tight. The explosion had to have direction, without expanding outwards as a conventional explosion might. 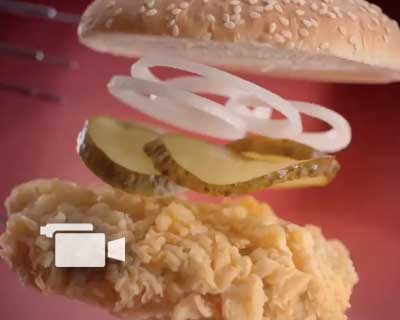 Working again with director and d.o.p. Ronald Koezier and using the Bolt motion control system of Alex de Heus we travelled round the floating layers of the burger before they land on the bread… 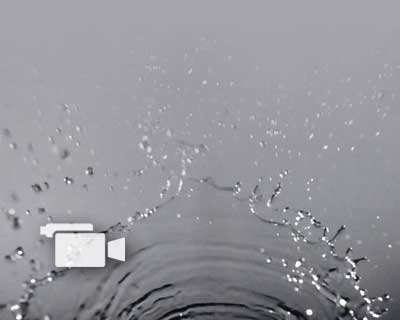 TEMPO MEDIA in Hamburg asked us to work on this FA shoot. The shoot would be on location in South Africa. Therefore we had to adapt our technique. We needed a very specific kind of splash for the packshot. Originally we needed a splash which would “invisibly” come from behind and actually interact with the packs, so we set about building a very strong catapult to throw our water. Eventually it was decided to avoid interaction with the packs so that they would be able to change the packs in post-production, showing the whole FA range. We decided to make the splash as a “plate” to matt in later.